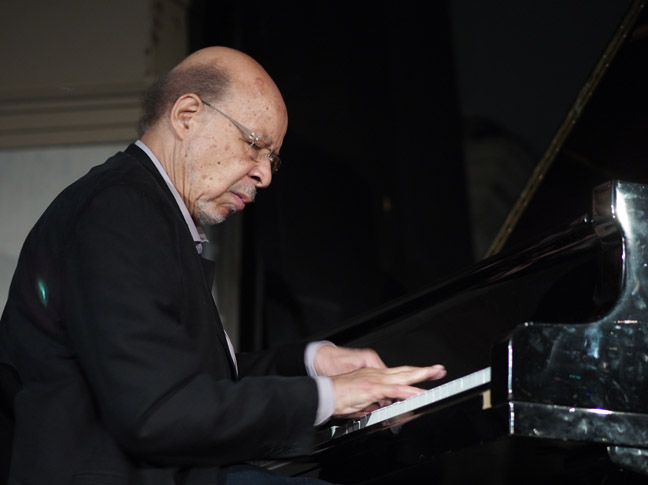 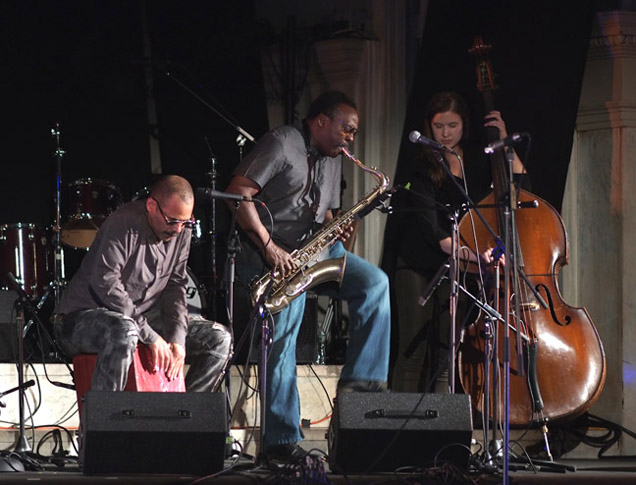 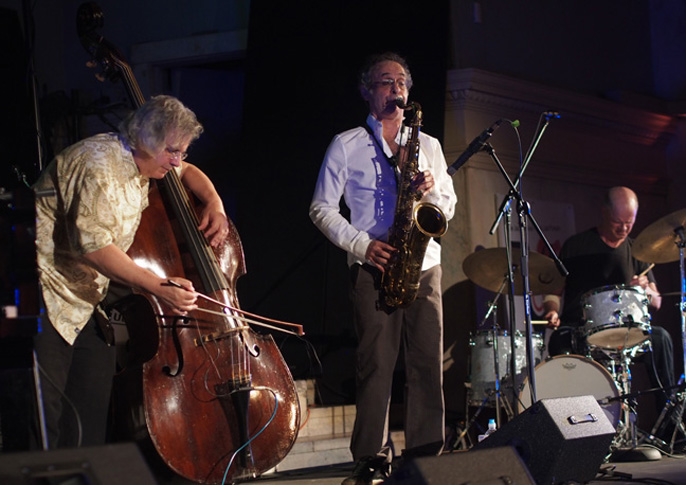 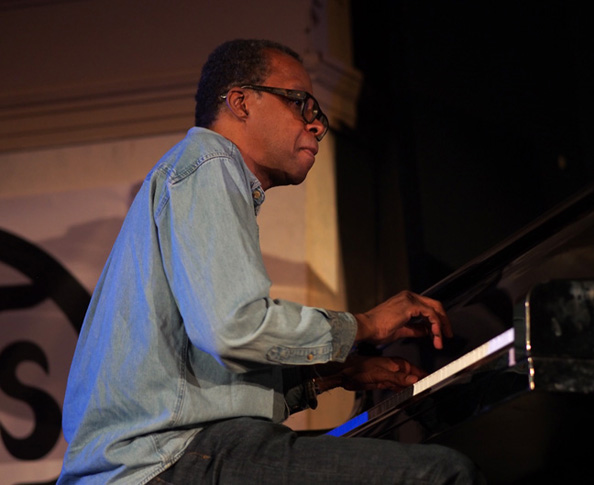 I attended four nights of VISION 21 - The VISION FESTIVAL in mid-June 2016 at Judson Memorial Church in Greenwich Village, NYC 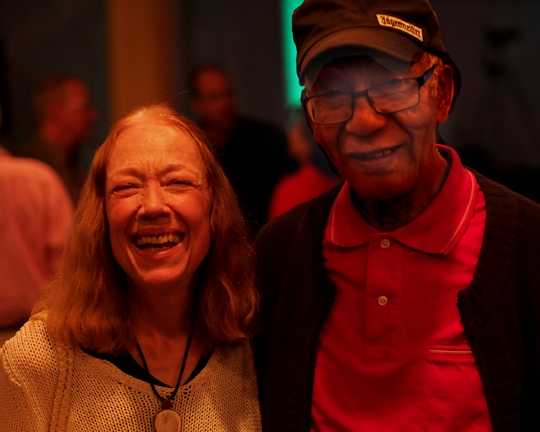 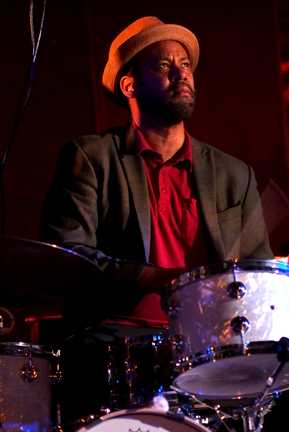 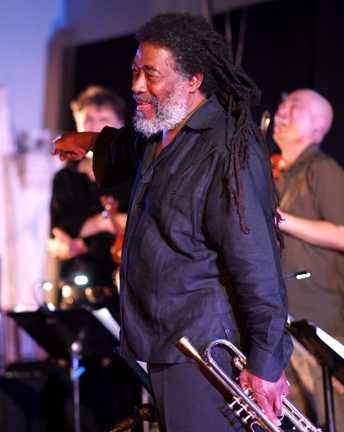 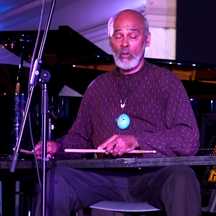 
The 2015 Vision Festival in NYC celebrated the 20th Anniversary of VISION / The On-going Legacy of FreeJazz with great music, art, and dance. The six nights were bookended by the opening set of Douglas Ewart and Quasar and the closing set by Hamiet Bluiett's Telepathic Orchestra. Included in between were major musical offerings of William Parker's Martin Luther King Project Part 6: "Fire Flower" and Karl Berger's Improvisers Chamber Orchestra "The Sertso Suite," and much more. 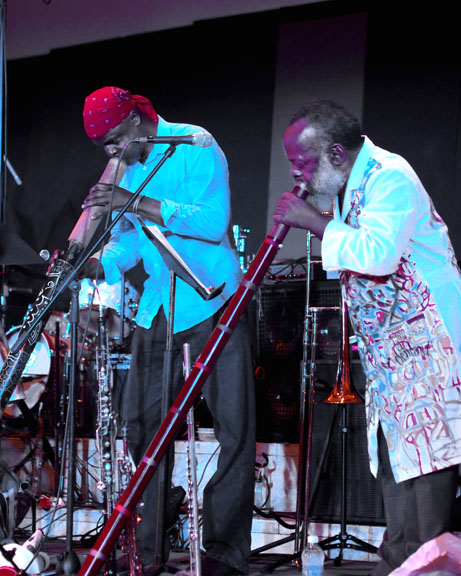 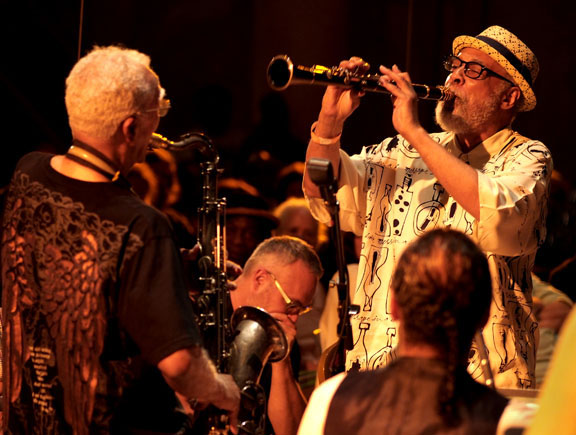 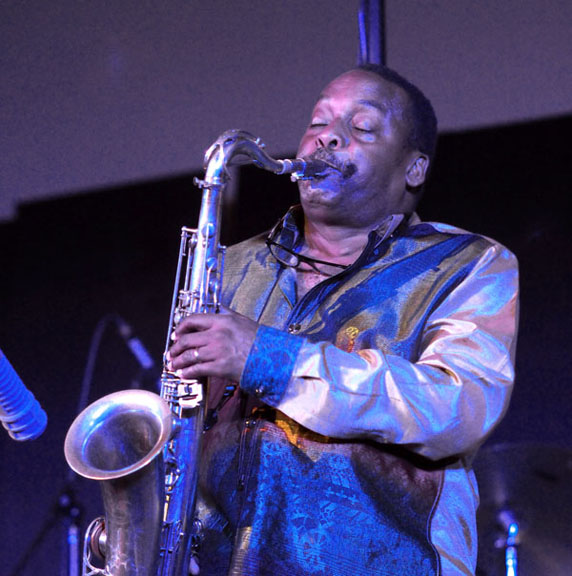 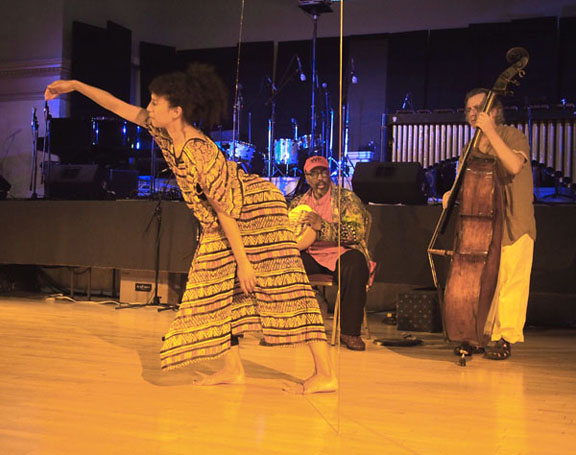 The Vision Festival 19 in June 2014 celebrated Charles Gayle for his Lifetime of Achievement and also honored artist Jeff Schlanger, the Music Witness..


The VISION FESTIVAL - XVI took place Monday, June 6th through Sunday, June 12th, 2011.
Peter Brötzmann was honored with a Lifetime of Achievement Award, and presented a Billy Bang Tribute.
This is always the best week of AvantJazz that ocurrs in the U.S. I was pleased to exhibit my photos of Peter Brotzmann and Billy Bang. 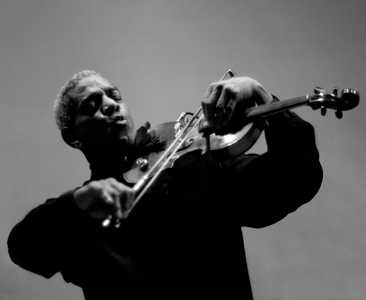 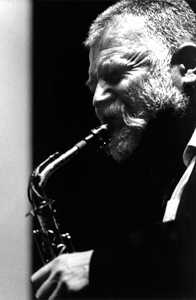 Vision Festival XV in June 2010 celebrated a lifetime of achievement by Muhal Richard Abrams on an evening with an emotional Muhal solo performance dedicated to Fred Anderson, who was scheduled to appear that night, but had passed away that morning in a Chicago hospital.

The 2009 Vision Festival in New York City, June 9-15, honored a lifetime of achievement by Marshall Allen.
The festival included an exhibit of my photographs with Marshall and his colleagues as the subjects.

Click HERE to link to a NEW page with an exhibit of my Marshall Allen photographs,
which were featured in the Signal To Noise magazine. 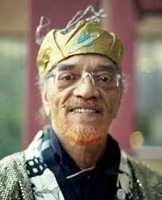 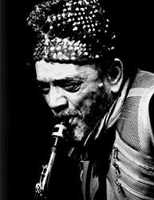 After the outstanding Sun Ra Arkestra set, all the musicians were called to the stage for a group photo:

In 2008, the Vision Festival honored the musical achievements of Edward "Kidd" Jordan. I was pleased to be able to present a digital projection of photos of my friend Kidd. I have converted the slideshow for viewing on a new page and have added more images, including those from the 2008 Vision Festival and beyond. 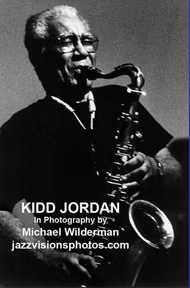 Click HERE to link to a NEW page with the slideshow exhibit of my Kidd Jordan photographs.

Vision Festival XII took place June 19 through June 24, 2007.
It featured a Lifetime Recognition of Bill Dixon and a Tribute to Leroy Jenkins.

An exhibit of my photographs, A Photo Tribute to the Creative Improvised Music Masters, was included among the festival's visual art presentations. The Vision Festival has been the most significant American supporter of "avant-jazz" and a number of the photos were taken at previous festivals. 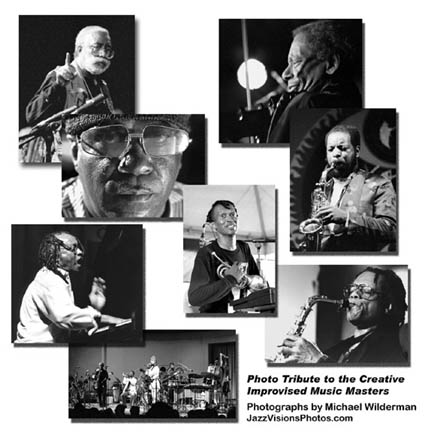 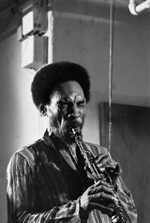 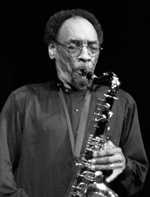 In 2005, I exhibited a photo retrospective of the festival at that year's anniversary event. I have photographed all but the first festival in 1996.

The 2004 9th Vision Festival included an exhibit of my photos dedicated to jazz bassists. The festival tribute was dedicated to Peter Kowald and Wilber Morris, two bassists who had passed on in 2003. 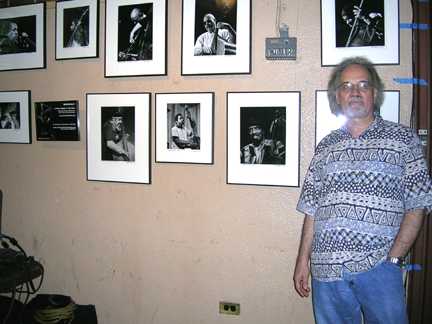 The 2003 8th Vision Festival also took place at the Center. It featured approximately 150 artists in 30 different performing groups over the six days of the Festival. The annual Memorial Day tribute concert was dedicated to the music of Jeanne Lee.

The 2002 Vision Festival was longer and ran from May 23 to June 8. The Memorial Day concert was a celebration of the music of Don Cherry Tribute, including Dewey Redman, Pyramid Trio (Roy Campbell, William Parker, and Hamid Drake), Jayne Cortez, and Frank Lowe.

The festival is presented by Arts for Art, an artist initiated, artist run organization dedicated to building awareness and understanding of avant-garde jazz and related expressive movements, the aesthetic of which is based on a disciplined disregard for traditional boundaries. Principal activities are the presentation of cutting edge music and multi-discipline performances, the exhibition of visual arts installations, and the organization of outreach programs. All presentations bring the arts together, not only for the health and creativity of the artforms themselves, but for the audiences as well.

The 2000 festival included a photo exhibit on "Avantjazz"- including my work. It was great participating!